Warning: "continue" targeting switch is equivalent to "break". Did you mean to use "continue 2"? in /nfs/c08/h02/mnt/117509/domains/nguan.tv/html/blog/wp-content/themes/suffusion/functions/media.php on line 669

Warning: "continue" targeting switch is equivalent to "break". Did you mean to use "continue 2"? in /nfs/c08/h02/mnt/117509/domains/nguan.tv/html/blog/wp-content/themes/suffusion/functions/media.php on line 674

Warning: "continue" targeting switch is equivalent to "break". Did you mean to use "continue 2"? in /nfs/c08/h02/mnt/117509/domains/nguan.tv/html/blog/wp-content/themes/suffusion/functions/media.php on line 687

Warning: "continue" targeting switch is equivalent to "break". Did you mean to use "continue 2"? in /nfs/c08/h02/mnt/117509/domains/nguan.tv/html/blog/wp-content/themes/suffusion/functions/media.php on line 692

Warning: "continue" targeting switch is equivalent to "break". Did you mean to use "continue 2"? in /nfs/c08/h02/mnt/117509/domains/nguan.tv/html/blog/wp-content/themes/suffusion/functions/media.php on line 697
 Photo Books » Nguan / Blog 
Warning: Declaration of Suffusion_MM_Walker::start_el(&$output, $item, $depth, $args) should be compatible with Walker_Nav_Menu::start_el(&$output, $item, $depth = 0, $args = Array, $id = 0) in /nfs/c08/h02/mnt/117509/domains/nguan.tv/html/blog/wp-content/themes/suffusion/library/suffusion-walkers.php on line 0 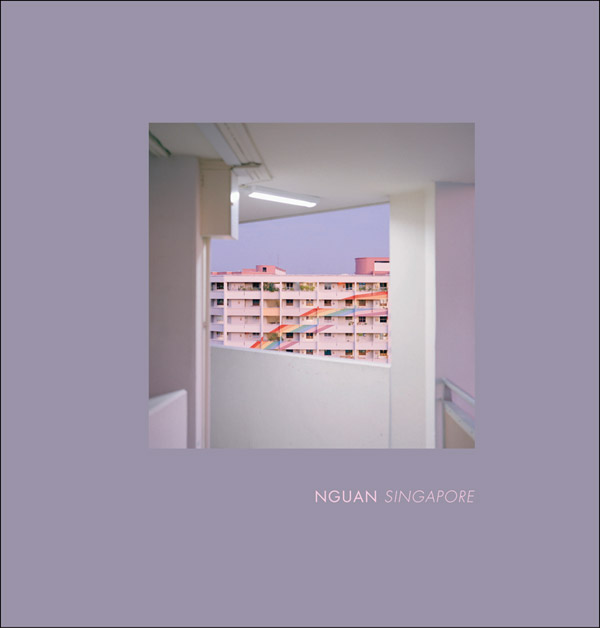 I’m thrilled to announce the publication of my new book “Singapore”, featuring photographs from 2007-2017.

You can order your copy here. 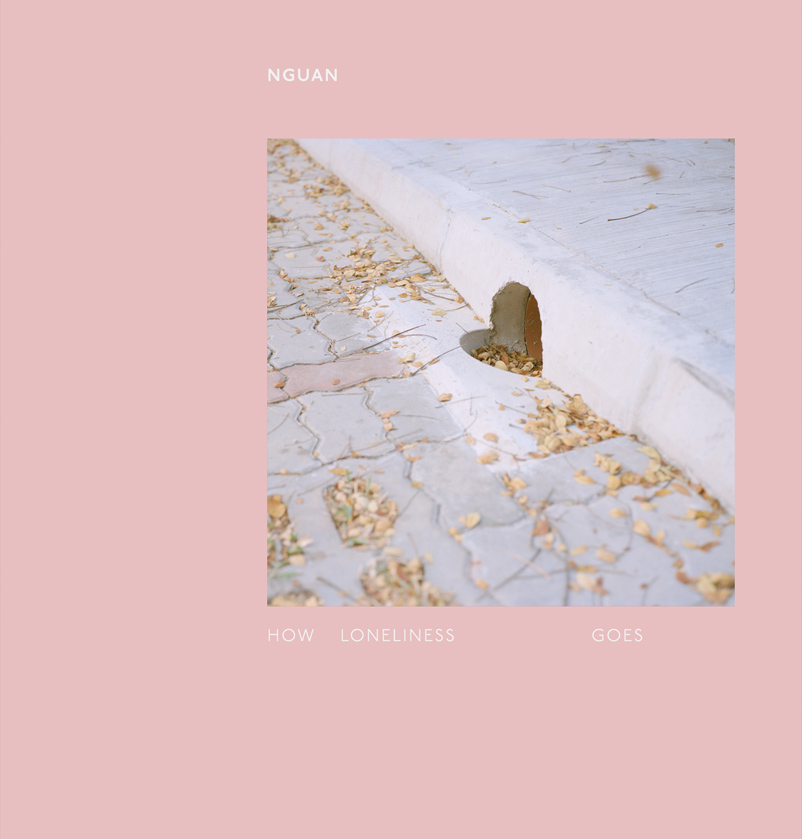 I’m so pleased to announce the second edition of How Loneliness Goes.

This edition is published by Math Paper Press in an edition of 1000 copies. It was designed by HJGHER, the creative agency behind Underscore Magazine.

Below are two reviews of the sold-out first edition:

Update: The second edition is also sold out.

Thank you to John Mahoney/American Photo for this review of my book “How Loneliness Goes”.

I’m pleased to announce my new book, “How Loneliness Goes”. It comes in an edition of 220 signed and numbered copies.

Here are some sample pages.

Interview with The Great Leap Sideways

Book du jour on Self Publish, Be Happy 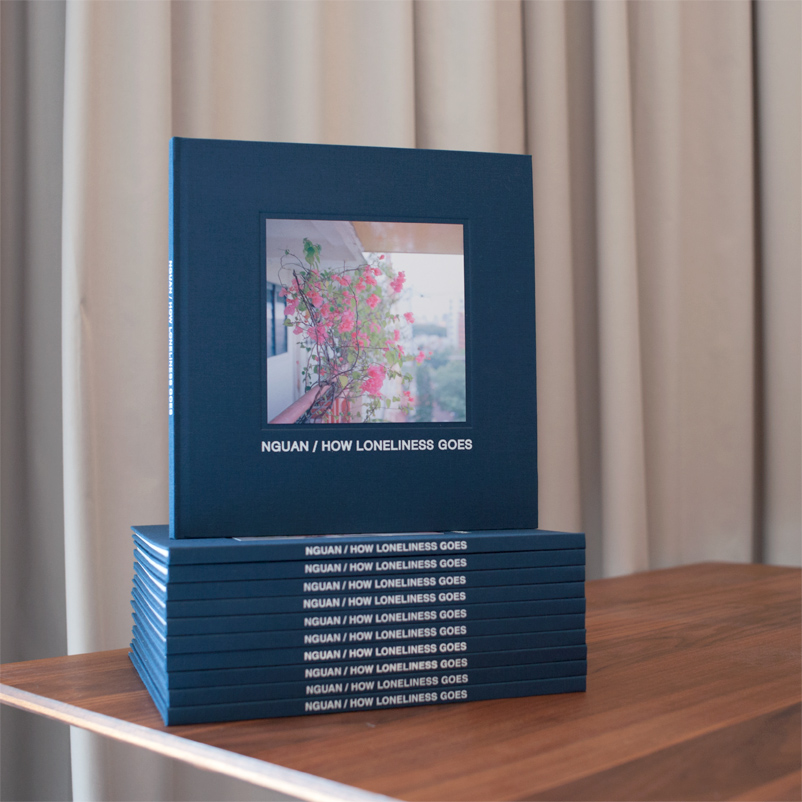 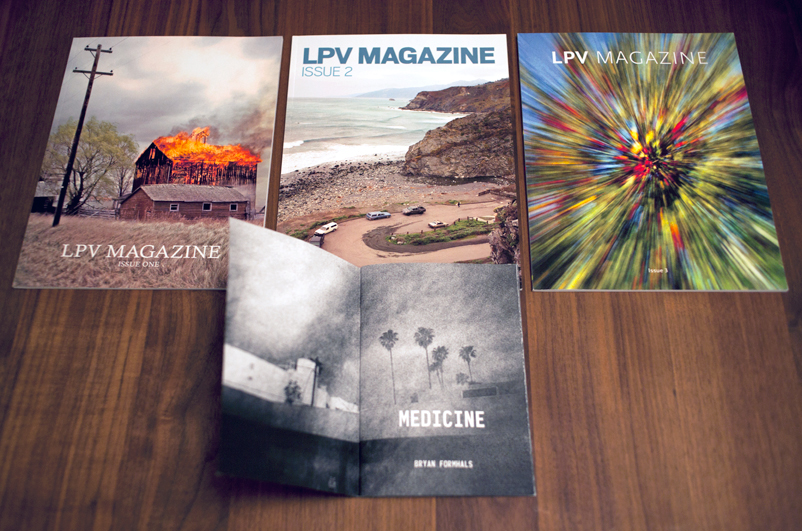 While I keenly follow Bryan Formhals’ LPV Magazine as well as its various online incarnations, I only recently discovered that it also exists as a terrific print magazine. There aren’t many publications on actual paper nowadays that showcase a photographer’s output as lucidly or generously; in the latest issue (#3), the four featured photographers — Ed Panar, Hannah Pierce-Carlson, Shane Lynam and Tommy Forbes — are each allotted 12-16 pages to shine. Every issue of LPV is based around a loose theme, and each issue so far has had a unique tone guided by Bryan’s searching sensibility.

The same wayfaring spirit is evident in Medicine, a new zine featuring Bryan’s own photographs and published by San Francisco’s legendary Hamburger Eyes. This collection – made between 2006-2007 in Los Angeles – is a series of epiphanies encountered along Melrose and Hollywood, up and down La Brea and Fairfax and on the scorched boardwalks of Venice and Santa Monica beaches. The pictures are particularly evocative to me since I was on the very same beat at the time, mining those torturously untwisted paths for hours on end when saner minds would surely have packed it in. Why “Medicine,” Bryan? If you were out looking for a cure, my guess is that there isn’t one, not for the likes of us.

You can buy LPV Magazine here and order Medicine here. 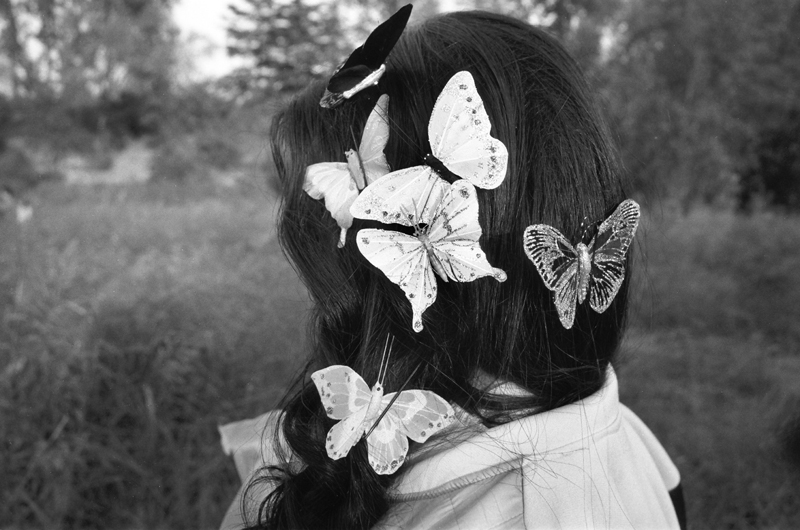 My friend Yuan Di runs Jia Za Zhi — one of the most beautiful photography blogs in the entire universe.

Sun’s work manages to appear free and furtive at the same time.  His photographs are infused with a sense of abandon even though he seems to have been crouching in the shadows. The book is relentlessly paced and the images come across like a barely remembered hallucination.

You can order “Obsessed” online at Bananafish. I understand that there aren’t too many copies left. For more information, and to see some spreads from the book, please click here. 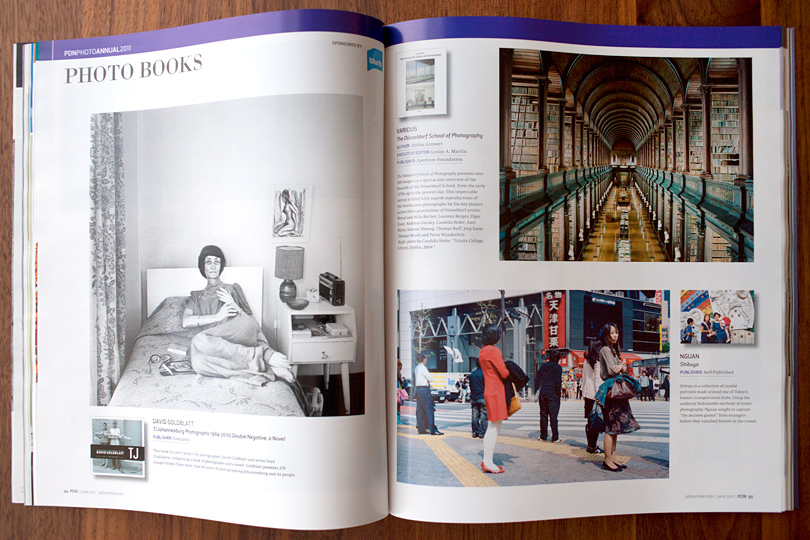 I’m honoured that the 2011 PDN Photo Annual has selected SHIBUYA as one of the best photo books of the year. 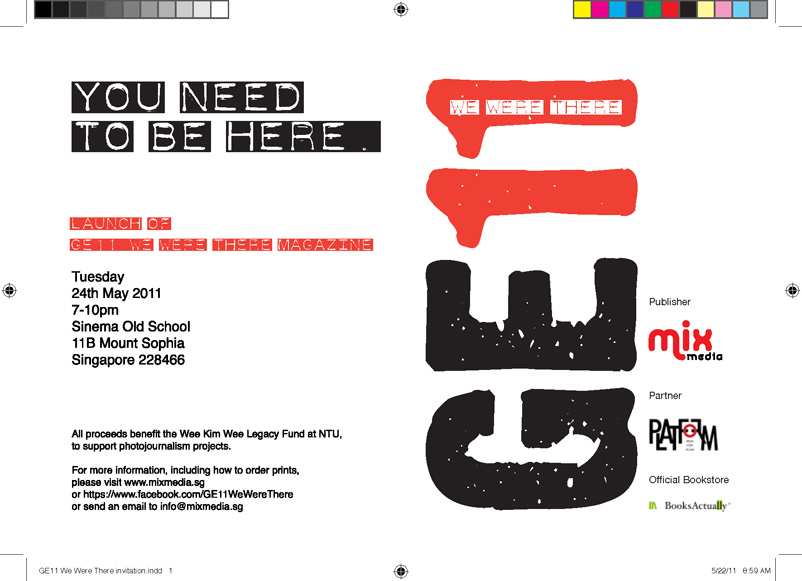 Many thanks to Darren Soh, Tay Kay Chin and Cherian George for including my work in GE11: We Were There, a magazine featuring pictures of Singapore’s recent landmark elections by some of the country’s best photographic talent.  The publication launches on Tuesday night at Sinema Old School.

N.B. This magazine is now available as an iPad app.

Here is a partial look inside SHIBUYA, courtesy of The Telegraph and Self Publish, Be Happy.  Thanks guys! 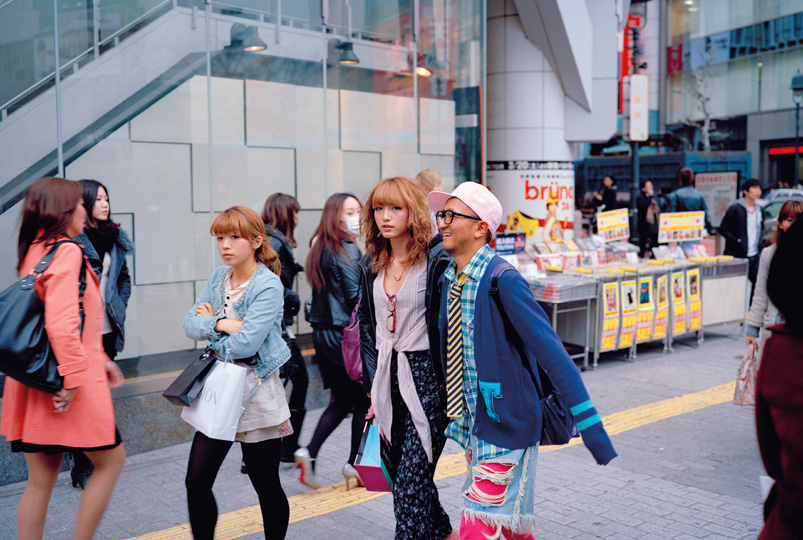 I sometimes tell myself that I’m a breed of paparazzo whose job is to buzz around ordinary folk instead of celebrities.  SHIBUYA is about regular people making their way in the big city.  To my surprise, however, someone recently identified the central figure in this picture from the book as the well-known Japanese “idol” Yukina Kinoshita.